BACK ON THE ROAD

With the worldwide spread of Covid-19 dominating the news and with restrictions being placed on movement and lifestyles,Spain including the Canary Islands were one of the first countries to close its borders and announce restrictions on unnecessary movement and travel to its residence in a bid to  save the spread and lives,this had a major impact on many life styles of residence within their day to day activities,including the Derby AronaOne Loft Race as it was during such lockdown that the 2019/20 Derby Arona final race events were scheduled to be held from the neighbouring islands of Gran Canaria and Fuerteventura.

With restrictions in place which implemented no local and travel to neighbouring islands suspended the team sadly had to resort to just loft exercising the inmates for the unformidable future as pigeon racing had been described by the local authorities throughout as unnecessary and non-essential travel.

Being such a long time since  the pigeons had experienced any basket work,the Arona management team made a revised programme indicating that they would first add a few additional Tenerife island training flights to ensure fitness and motivation prior to heading to Gran Canaria for the Semi-final. 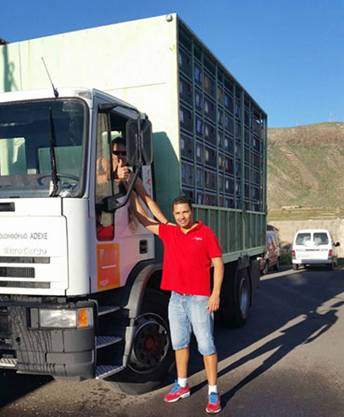 With permits now in hand and the return date of  June4thannounced the latest loft list was published and as a result some participants seemed delighted to see late returns now within the list of entries whilst somewere also slightly missing the odd one or two from the last training result before lock down, this can only be due regrettably to the local peregrine population taking advantage during the daily exercising

With 701 pigeons remaining in competition basketedand once again BACK ON THE ROAD, we head to the north of Tenerife and the 50klm release point just north of the Güimar valley which runs from north to south of Tenerife forming a natural line of flight for the pigeons, with Abel once again in control of the liberation he released his cargo at 10.30 in a light south westerly breeze,indicating that whilst the birds orientated the liberation site shortly following the release a number of peregrines could be seen making their presence known to the birds just a few miles down which we expected to hamper the pigeons progress for home

It was on fifty five minutes that the first arrivals were seen at the lofts taking the top honour of 1st International representing team Germany we have pigeon “Lili” entered by Team Maas coming in at 11.24 43.90,in the runner up position we head to Belgium with Team Geusens and pigeon “Cloinc” on 11,24,45.05

3rdInternational goes to the Bulgarian team with pigeon “Java” for Team Vicont and Vicontesa on 11.24.54.80,for 4th we head further east into Europe with team Slovakia and pigeon “Joja” for Team Tristignac on 11.25,33,30,team Poland take the fifth spot and fifth separate nation as pigeon “Paint Me Proud” for Team Tomasz Wiczling on a time of 11.25.33.35,team Slovakia record their second nation arrival for 6th International as Marian Svarc and pigeon “Ivka” records a time of 11.25.33.60,taking 7th we go to team Austria with Team AloisWiefler and pigeon “Adjona 453” coming in on 11.25.33.61,team UK and Ireland take the 8th position as Team Kings and pigeon “Major” representing team Scotland timed in on 11.25.34.65,the winning nation of Germany claim the 9th International position as Team Klaas& Son and pigeon “Disi” makes an apearence on 11.25.35.35. resulting in team England rounding off today’s Top Ten with pigeon “Camtown Fella” for Team Toto Buzi lofts making an arrival time of 11.25.36.15

As expected with attendance of the peregrines shortly after liberation the pigeons returned at a steady pace throughout the day a total of 649 pigeons from the 701 liberated had overcome the restart by  returning safely, as night fell it was a little daunting when you realise what these brave athletes had already overcome prior to the lockdown,but with such knowledge they have the team were confident that more pigeons would come through the following morning, this confidence was to be rewarded as dawn broke on day two early pigeons soon became visible on the clock and with more pigeons coming through day 2,3and even day 4 a total of 673 pigeons were recorded indicating a loft percentage ratio of 96%

Taking the top honours of 1st International we go to  Denmark with  Team Henriksen with pigeon “Happy” edging in front on a time of 11.40.27.85 as todays winner. Taking the runner up position we go to Colombia with pigeon “Marcia” for Team Colombia timing in on 11.40.29.45

Team Hackfort&Wilpers from Germany with pigeon wild fire take the 3rdspot with a time of 11.40.30.55,whilst holding off the challenge from fellow countrymen Team SoehneDr.Mildnerfor 4th with pigeon “Wilson” on 11.40.30.75, the previous years hotspot winning syndicate of Woodhouse Boys from England timed in their entry “Rudy 1” for 5th with a time of 11.40.33.10,holding off the challenge of syndicate W &SSweet in 6th also representing England with their pigeon “I’ll be there” on 11.40.33.30,we head to Poland for 7thInternational and Team WrobelMichal&Patryk with pigeon “Wico” on 11.40.33.55,we cross the Atlantic to the U.S.A. for 8th as Daniel Hash and entry brady came in on 11.40.33.95, Team Segers and Coppens claim the 9th International position for team Belgium with pigeon “FP 607”, resulting in the Team Welsh Hopefuls representing team Wales taking the final top ten position with pigeon “Roxy’s Back” on 11.40.34.20 as can be clearly seen it proved to be a blanket finish today as over a hundred pigeons fought for the top positions on the same minute, a pattern that followed throughout the morning,as more arrived shortly after resulting by 1pm over 550 of the liberation were perched,as for the remainder it can only be assumed that they encountered some interference on their journey from the peregrines  as slowly but surely more returned throughout the afternoon

So were finally underway in the long awaited closing stages of the 2019/20 Derby Arona race series,as such the team have come to the decision to introduce some additional training races to motivate the pigeons,this will include an further Tenerife island training flight before heading across to Gran Canaria for another additional trainer from the 100 klm mark prior to moving further east of the island for the Semifinal and the Final Race scheduled for sun 5th July from Fuerteventura

As we can all relate to the current situation around the world, in Tenerife the progress of the new loft build has also suffered,with no work progress for nearly four months the schedule has fallen well behind schedule for accepting this year’s entries into the new loft,this is a regretful situation for everyone concerned even more the Ledesma family as there was such high hopes and a big plans to be up and running for 2020

With the prospect of international flights once again heading to the canaries from July 1st the team are hopeful that some participants may make the journey to Tenerife to witness the final race event on Sun 5th July,if this isn’t possible the livestream will be running throughout the basketing procedure followed by the live feed on the day of the race,by staging the race on a Sunday more local fanciers will attend to see the pigeons on their return, which is what the team are looking for to oversee proceedings and to continue their policy of total transparency at the lofts whilst others watch from afar

On finishing the Derby Arona organisation,the Ledesma family and fanciers from around the world all come together to pass on their condolences to the families of participants also fellow fanciers and families who have suffered from such losses and tragedy worldwide during the current pandemic,no more than learning the passing of one of the most frequent entrants in the AronaRace for many years  Jock Ross from North Wales 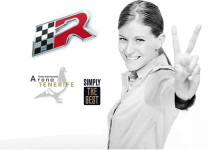 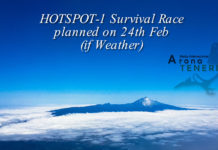 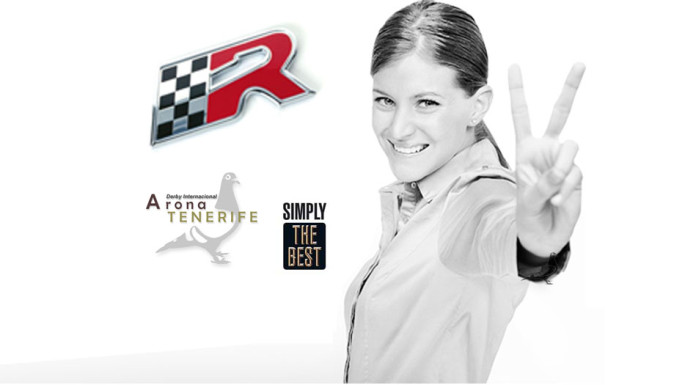