Ledesma GLOBAL Ltd. is very pleased to announce the FINAL RACE International Derby ARONA 2022 on 26th March if Weather. You can follow the arrivals LIVESTREAM in this page!

“Derby Arona” has within brief years established itself as a “World Class” sporting event. Thanks to the realist, the brutally honest fancier who believes in the superiority of his stock and is willing to challenge the “Atlantic Ocean” and all that, that entails. You are racing against the very best endurance pigeons in the world and offers the fancier a mixture of emotions throughout the campaign in the will to beat and be crowned the best in the world. Risking flights over the open ocean requires the ultimate in terms of a pigeon’s ability to orient, its physical performance, its endurance, its courage and its iron will to return to its home. the ARONA team will shortly be welcoming a United Nation pigeon fanciers that will descended upon Tenerife to enjoy the hospitality of this tropical paradise and hopefully also emerge victorious in the ultimate challenge that is Derby Arona. Welcome to the great FINAL RACE”, the greatest “Opus” for racing pigeon fanciers of the world called “Derby Arona”

Please Share Our Events and help to make Derby ARONA the most wolrd famous! 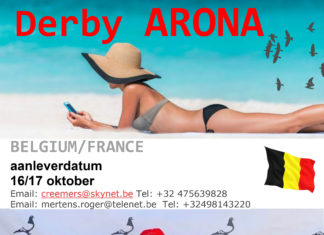 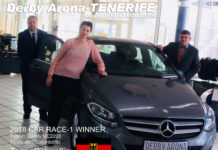