The Derby Arona training programme is making steady progress with the latest release in this year’s series from 40 klm within the region of the Güimar Valley, with 1,976 pigeons on board and arriving on site Abel gave the traditional resting time prior to liberating in what is about to be the biggest test for the pigeons to date, offering the most rugged and mountainous regions on the island, the valley runs from north to south, which comprises a huge volcanic cone and the landscape created by the lava flowing into the sea and whilst it offers some of the challenging walking trails for visitors, for a pigeon perspective it also houses a majority of the islands biggest enemy the peregrine falcons, the route itself and flight path for the pigeons from north to south see them facing such unknown territories, with news of a liberation taking place at 12.15 into sunny canarian blue skies, as entrants sat patiently to see how the pigeons would overcome  their latest adventure.

As time went on and expectations and earlier fears would be overcome as the first pigeons arrived just after forty five minutes of flying time, taking top honors of 1st International Derby Arona tr. 8 we see team Belgium with syndicate Team De Moor Gunther & Pierre in pole position with pigeon “Paul” timing in at 13.03.36.15, Team Rien van Oss en Zn and Frits Paulssen both from The Netherlands timed in two pigeons for their nation to take 2nd and 3rd International, with pigeons “Abaddon” on 13.03.36.40 and “Frits” on 13.03.36.35, team Poland take 4th International with pigeon “Jack” for Team Roman Stopa coming in on 13.03.36.80, narrowly resulting in team Romania as Milan Vojkto pigeon “Simba” takes 5th on 13.03.36.81, for 6th International we return to The Netherlands with pigeon “Love Machine” an entry for Team Jaap Koehoorn on 13.03.38.30, team GB take 7th International as Milly’s loft Syn representing England with pigeon “Check Milly Out” on 13.03.38.60, the winning nation Belgium take the following 8th and 9th International positions with Team Sunshine`s pigeon “Margarita III” on 13.03.39.60 followed by Team Segers and Coppens, entry “Murphy” on 13.03.40.50 holding the Ukraine team of Family Ukraine & R+M+M+M who take the 10th position with their entry “Heidi” on 13.03.40.90

With the early returns timed in within the estimated times for the journey the initial result wasn’t looking too bad at first but then it was clear to see that whilst the leading bunch had made a clear line a large number what we can only assume must of got turned or chased over an alternative route which resulted in a large percentage being unaccounted for, as the afternoon went on pigeons returned at a steady pace increasing the numbers as they came indicating at the end of day one 1,839 pigeons had returned.

Day two and with 140 pigeons still missing in action from the previous day, we were expecting large numbers to return at first light, as day two went on a further thirty plus pigeons made the journey and followed up by an additional twelve on day three the final numbers, helping the returns total to 1,879 pigeons with a percentage rate of 95.9 %

With the 1,879 pigeons which overcome the latest ordeal and their first experience of the Güimar valley the convoy were once again on the road heading north and coming to the end of the challenging island training programed taking on tr. 9, a liberation from approx 50 klm from the northern point of the Güimar valley the penultimate training flight before we commence with mid seas liberations between islands.

With a provisional liberation time of 11.30 scheduled and with a perfect forecast of clear blue skies and a light south westerly breeze, Abel in charge once again was satisfied everything was in order and as such got the birds in the air at 11.50, with no feedback received following the liberation only that the pigeons had made their line and where heading south for home.

Taking Top Honors of first International we once again go to team Belgium with Roger Mertens entry “Wordnix” taking the prestige of 1st International tr. 9 timing in on 12.27.30.95, we head across the Atlantic to the USA for the runner up position to the syndicate of Team KT Lofts with their entry “Brinco” on the clock at 12.27.31.05, in 3rd we see The Netherlands entry “Rikke” for Team Gebr. Janssen with a time of 12.27.42.00, the winning nation of Belgium time in a further two pigeons to take 4th & 5th International with the Team Fabulous Hoes Brothers with pigeon “El Shadouw” on 12.27.45.45 narrowly in front of Team Luckyspil in 5th with pigeon “Mathias” on 12.28.01.05, Team Knol Brothers record a second arrival for The Netherlands to claim 6th International with pigeon “idefix” timing in on 12.28.06.10, we head to Denmark for 7th place with as the syndicate of Anita & Tage Gravesen and pigeon “Josefine 753” on 12.28.39.95, making it a truly worldwide event as we head to China with Team Chen Zhiheng with pigeon “Hilka” claiming 8th on 12.28.53.80, team GB take 9th in the form of Mark Gilbert taking 1st England 1st UK for the second time in as many weeks with his entry “Southfield Dempsey” on the clock on 12.29.15.95 resulting in Team Granada taking 10th International with Team Mohamede – Rida – Karim as pigeon “Harvey” recorded its arrival on 12.29.32

With the Top Ten duly covered, there was impressive viewing on the Livestream as a steady flow of pigeons arrived at the loft over the next few hours, however with the result compiled there was still a large number still adrift by midafternoon, this we could be down to two possibilities, a peregrine attack on route or that some of the pigeons rather than encounter the Güimar valley took an alternative route over to the left of the island bringing them down the west coast of which would add additional time to their flight time, anyhow with the Arona team continuing to monitor the returns with the Livestream we were able to see pigeons coming through until the sun went down over the loft and the light began to fade 1671 of the 1879 liberated had overcome the testing route.

Day two and with such numbers away from day one it was pleasing to see that from first light pigeons were in the sky and making their way home as shortly after 8 am team Slovakia recorded the first of many that during the coming hours had corrected their route and were working in, the trend continued throughout the day as over a hundred more pigeons recorded their arrival bringing the numbers to a respectable 1775, with a few more turning in on day three and four there’s now 1790 pigeons ready to go in the next training flight.

Training day 10 will see the final island liberation from the island of Tenerife from a point overlooking the port of Santa Cruz a distance of approx. 60 klm, from their we will see the liberations heading out to sea for a number of liberations at various points between Tenerife and Gran Canaria, this will also bring in many new challenges and start yet another competition in the King of the Atlantic Averages where points are accumulated for liberation on and overseas up to an including the Final Race.

With the start of the King of the Atlantic Challenge in the coming days, at present the King of Sprint Averages is currently running and as we got to trainer 10 holding Top Honors we go to eastern Europe with team Hungary holding 1st and 2nd with pigeon “Joco 3” for Team Jozsef Kovacs” on 16028 pts, followed by Team IFJ Ferge Miklos Jr. and pigeon ”Golden Boy” on 15710 pts and in 3rd Team Sadlak, Vendelin & Andrej with pigeon “Arona 04” on 15592

As we look forward to heading out to sea in the coming days we can also look forward to the start of the Hotspot Races these will include Hotspot 1 (Survival Race) 100klm, Hotspot 2, 135 klm and the Semifinal from the island of Gran Canaria before we set ourselves for the highlight of the Final from Fuerteventura on March 27th if weather allows. 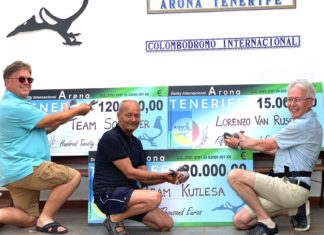 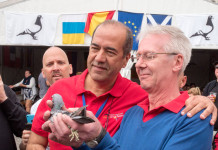 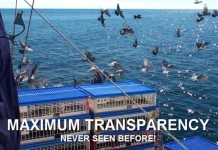 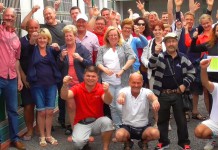 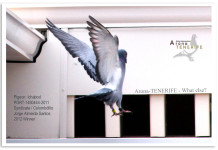 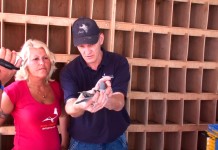 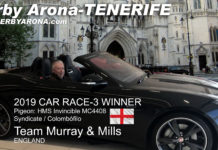