We`re on week two of the new year and the Derby Arona One Loft Race is now making great progress northwards through the island of Tenerife, as we plan the latest liberation from the 40 klm race point of Güimar, this area is well known by local fanciers for the volcanic terrain high altitude and baron land that the pigeons need to overcome on their journey south but is also felt is something the birds need to face in their preparations for future training and whilst this part of the island holds so many infringements and difficulties to overcome, in the past losses have been unavoidable on times.

With 2,058 pigeons on board and the convoy heading off on their journey the pigeons arrived safely on site and after giving them a short wait to allow  them to rest and settle Abel released his cargo at 11.30 am in a hard northerly tail wind with an average temperature of 23 degrees increasing as the day went on.

With the liberation confirmed we all sat patiently for the arrivals knowing it was going to be a fast race due tot strong northerly wind and as always the usual guess the time and general conversation was once again taking place on the livestream chat which over recent weeks has now gained new viewers on a daily basis as we head towards the main hotspot races.

Taking the top honour today was one of our newest competitors from the U.S.A. in Carlos Abitia with his pigeon named “David” which was gained through 3rd party activation timing in on 11.48.12.15, Team Belgium followed in 2nd place as Team Batenburg- v.d. Merwe / PEC recorded their entry “PEC 214” on 11.48.25.80

For 3rd we head to Romania as Team Tanase & Paul 11.48.25.95, Dámaso Melero from Córdoba takes 4th with pigeon “Atena” on 11.48.28.55 just ahead of Team Leyen-Paloma-Segers Racing who recorded their first arrival and second Belgium entry on 11.48.29.05 in 5th position, for 6th we head back to Eastern Europe with Team Hungary and pigeon “Stelli” for Team Bacskai Sandor & Kellner Andrea timing in at 11.48.29.05 we go to India for 7th place today as Dream Team India Viki & Johan van Boxmeer recorded their pigeon “Ajith” on 11.48.29.95, Team Slovakia and pigeon named “Viktoria” for Team Van Helsing & Tomaska take 8th position with a time of 11.48.31.30, just a few decimals ahead of Team Gabriel Valo from Germany with pigeon “Avium” on 11.48.31.40 finally taking the 10th spot it’s the first Netherlands arrival in the form of “Canary 3” and Team Klein Facklnborg on 11.48.31.50… For Team UK it was a 15th International for Paul Bamford from Wales on this occasion with pigeon “Ellis” recording an arrival time of 11.48.32.50

Once again whilst the leading birds came through faster than anticipated pigeons returned  throughout the day and although there were still quite a few pigeons missing by nightfall, this we put down to the awkward location of the liberation site position the team were optimistic that whilst 1929 pigeons were home and safely perched more would return the following morning, with fanciers no doubt checking on the early arrivals the following morning a further twenty seven pigeons were recorded giving a race final returns percentage of just over 95%

Just 48 hours later we were back on the road this time going them an extra few kilometres to the 50 klm stage and again under the warm canarian skies the pigeons were once again liberated at away 11.30 am in a light north easterly wind with broken blue skies.

For the winning pigeon for this race we head Turkey as Team Ihsan Sariyer and pigeon “Sila” were first on the trap and beat the remainder of the leading pigeons over the line with a time of 12.10.04.40 just ahead of, Team Poland as Team Smge Rumik Krzysztof timed in one of their pigeons named “Histoire Sainte” on 12.10.06.10

Whilst the race was going on and after witnessing the first arrivals, we were packing things up for the journey to the British Homing World Show in Blackpool representing the Derby Arona, so it wasn’t till late that evening we were able to catch up with the returns and it clearly shows that once again this was a hard battle for these brave pigeons as by nightfall 1,768 pigeons were safely home and with a further forty more arrivals the second day the team were pleased to see 1,809 pigeons back indicating a loft percentage of 92.8%

As we’ve progressed over the past weeks and the distances have increased there’s been a few losses along the way this is clearly seen in the numbers now within the loft, however we must remember where these pigeons are competing, it’s a warm and humid climate with temperatures on times within the high 20`s furthermore with such a rugged volcanic terrain to compete with it, hence why it’s described as the hardest one loft race in the world

Saturday morning and as the show opens in Blackpool, we were once again preparing for the final island race from puerto de Santa Cruz a distance of approx 60+ klms from the north eastern location of the island to the lofts in the south.

With the 1,806 pigeons that returned from the previous race again liberated at 11.30  into broken skies and a moderate north easterly wind it proved that they once again took advantage of the helping winds which were pushing them on as the leading birds made good time covering the distance in just over 40 minutes

Taking the leading positions where team Netherlands who recorded a 1, 2 and 3 today with Team H. V. Venrooij taking pole position over there fellow countrymen as their entry “Anita” came in 1st with a time of 12.09.52, the 2nd pigeon for team Netherlands was one for Team di Roberto as his entry “Wild Fire” which crossed the line on 12.09,54.85, narrowly ahead of the third arrival for Team Poelman-Kap with pigeon “Daughter David” on 12.10.01.85

As we come to the end of week two the averages have no doubt changes numerous times however currently standing in 1st position in the King of Sprint are team Netherlands as Team Hennie & Arie Voskuil hold off the latest challenges with a score of 20803, in 2nd we have team Switzerland and pigeon “Beppovitch” for Team Alp Race with 20525 and3rd it’s Constantin Banu from Romania with “Aventador” with 20301

So there we have it the last island challenge overcome from here on in we head out over the Atlantic ocean towards to neighbouring island of Gran Canaria taking a minimum of three mid sea liberations along the way from various points.

As such from the first sea liberation the nominations will be open to add that little bit more excitement to the race, this can be done by accessing your personal login and selecting your desired pools etc to each pigeon individually.

As for Blackpool with the stand set up early Friday morning in preparation for the Show, once the doors opened we were happy to see so many old faces come along and say hello, as well as a lot of new added interested parties who have pledged an interest in the race, for the forthcoming race in 2018/19 therefore based on such feedback we are hopefully that a few of these will take up the Atlantic Challenge in the future.

During the weekend we also informed participants of the forthcoming shipment dates for the 2018/19 from the UK & Ireland these will be going out in June and Sept, the cost at present stand at £350 for a team of 5 pigeons in the loft, including transport at current rates, this will be 1 paid and 4 reserves, activation of reserves will be in December after months of loft orientation and  five initial training races, remember at the Derby Arona you don’t pay per pigeon, entry into the loft you only pay for pigeons actually within the loft come activation … 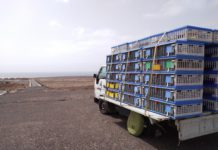 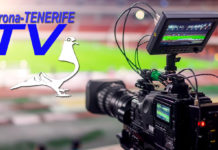 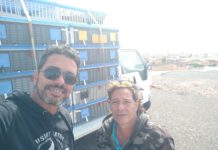 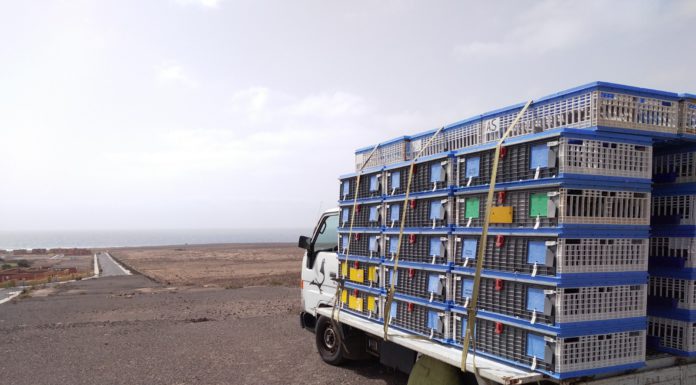